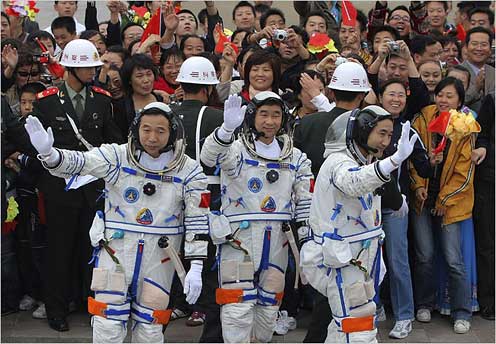 What follows is a first-person transcription of trash-talk directed at China. It was spoken snarkily by someone at the head office. Don’t worry, it’s not like anyone in China is ever going to read it. Also, everyone at the front office knows that most of things in the front office were Made In China.

“So, the Chinese spacemen just returned to earth. It’s amazing. In the late sixties, the United States got astronauts to The Moon using calculations done on slide-rules. Forty years later, China went for their own space-jaunt with their own technological handicaps: the rocket they used to escape earth’s gravity was apparently dipped in lead paint, and the astronaut’s energy drinks were spiked with melamine. Maybe later they can get an under-age gymnast to break her record without any gravity at all?”