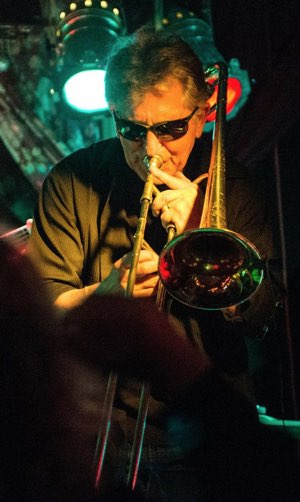 A while back, I wrote about Larry McCabe’s EP, Irish American. I am pleased to say it’s now a full length album, and it is — as we say in the trades — completely bad-ass. As I write this, I’m quite certain that Larry would say that this recording project — in addition to being an education — has been a labor of love. (Of course, all recording projects are an education when the artist is truly involved, but I’m digressing.) To the point, love shows in the music, which ranges from hard rocking — O’Diddley, for example — to dance-worthy, to serene and beautiful. A little excerpt of what Larry says about it:

I was born in the heartland of America. My great great grandfather came here from Ireland. I grew up listening to all kinds of music and was fortunate enough to play with some very talented and soulful musicians right out of high school. It was a time when you could go on the road, play music and make a living. I played with everyone from Brenda Lee to Maynard Ferguson and had a ball. A few years back I started listening to Irish music and it it literally struck a chord with my ancestral roots. I love pure traditional music.

Over the years, and no doubt through the musical experiences he mentions above, Larry’s been able to match his musical sensibilities to the slide instrument, with the result that today his musicality and trombone playing are easily in a class by themselves.

One of my personal favorites from Irish American is a marvelous, arranged-on-the-fly, trombone choir: Annie McMahon. Clan McCabe is nothing short of a trombone power ballad. (The euphonium is used here to great effect, too.) Is some of this music shades of Trombone Shorty? You bet! So, check out Larry McCabe’s Irish American — as in right now!

Trombonist Paul Nowell seems to exist in the weird intersection of trombone playing, education, clowning, employing a large stuffed banana as a sidekick, and constantly repeating a joke about tuna fish, tuning, or something like that.

Possibly the most edifying of Nowell’s various forays on the internet is his recurring YouTube show called Bone Masters, in which he plays host to the trombone-famous. Through the magic of green screen, Bone Masters is often set against a pleasant tropical or nature scene, the pleasantness of which is possibly destroyed by all the tromboning (of course, that’s a matter of opinion). While the guests relate important playing techniques and insights, Paul asks the pertinent questions. Below is a sampling of some of the episodes. You can see them all at Paul’s YouTube channel. 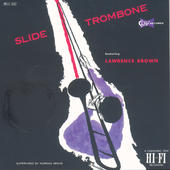 Not so long ago — well, maybe it was pretty long ago, I did a little write-up on Yamaha Slide Oil. Give it a look, I’ll wait. Why do I bring it up? Well, there’s a good article about this Yamaha mixture at The Reforming Trombonist that is well worth reading, both because of the Yamaha stuff and a certain other lubricant.