I’ll admit to being a little confused by the iTunes music store sometimes. Here’s an example: fairly recently a British label called Hallmark seems to have licensed some of Sony/Columbia’s jazz titles from the 50’s. The particular recordings I’m writing about are under the leadership of J.J. Johnson, Kai Winding, or both. Below is a list — the links will take you to the iTunes music store. 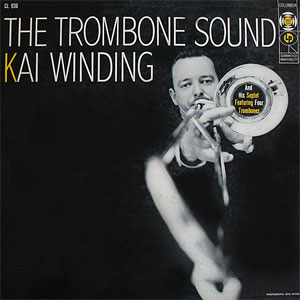 The weird thing is this that while all of the titles listed above appear to be legitimate digital transfers of the original recordings, some are duplicated and have different, non-original album art. That might be fairly innocuous, except for the fact that these duplicate titles might not be first generation transfers from the original recordings. A case in point is the “alternate album art” version of Jay and Kai +6. It’s a transfer from an LP, surface noise, scratches, and all. Thankfully, an aware iTunes store shopper wrote a one-star review which warns, “This is just a phonograph record that has been recorded onto someone’s computer.”