Today is the day of the big rapture, so it might be fitting to consider a few tunes for the end-times. Of course, many people are familiar with REM’s It’s the End of the World As We Know It, but how many have heard Mose Allison’s Ever Since the World Ended? 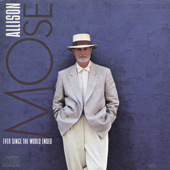 And, let’s not forget man-made Armageddon. In the movie, Dr. Strangelove, Slim Pickens rode the atomic bomb down to the earth to Vera Lynn’s We’ll Meet Again. 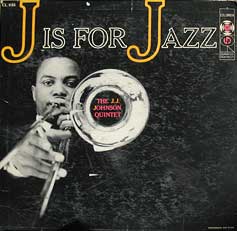 Late last year, we lost one of the gems of jazz, Dr. Billy Taylor. So far, there have been numerous online tributes, like this one at A Blog Supreme, or this one at Jazz Wax. It’s been mentioned frequently that Taylor was an educator. While that’s certainly true, it ought to be pointed out that most of the people Taylor educated were non-musicians. For many who found jazz a little esoteric and might have wondered, “Where’s the melody?”, Taylor was about the best explainer and ambassador to the uninitiated you could possibly hope for. Not only did he respond to all questions about jazz music with incredible patience, he did so in way that suggested he truly savored the explanations. Given the same inquiries, Miles Davis might have thrown something at you.

It’s conceivable that you have heard Taylor talk about jazz more often than you heard him play it. His own playing sat comfortably in the mainstream, and while his style didn’t venture into the realms of say, Herbie Hancock or Chick Corea, it did what it needed to do — express Billy Taylor. To bring Miles Davis back into it again, Taylor once said of him that it’s much harder to play with simplicity than it sounds like it might be. So true.

There are many great clips featuring Taylor on YouTube. Below, Billy talks about National Educational Television’s pioneering show, The Subject is Jazz, that aired nationally on NBC in 1957-58. In the original clip, Taylor explains “Cool Jazz,” and the featured group performs a version of Tadd Dameron’s Hot House, and Miles Davis’s Half Nelson.

10.13.14 UPDATE: The video mentioned above was removed from YouTube